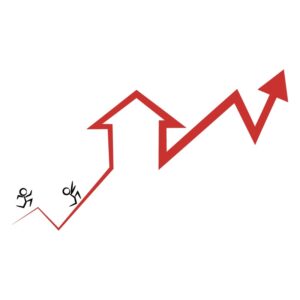 With three remaining interest rates announcements scheduled by the Bank of Canada for the rest of 2022 – September 7, October 26, December 7 – Canada’s housing and mortgage markets brace for further changes.

Since March with a series of announcements in response to swelling inflation, the Bank of Canada raised its benchmark rate by a total of 2.25%.

While the country’s inflation rate hit a near-40-year-high in June of 8.1%, that fell to 7.6% last month, the first time consumer price index (CPI) inflation has fallen on a yearly basis for over two years.

According to one market observer, these number indicate that the rate hikes are unlikely to slow or stop for the remainder of the year, as they remain well above the Bank of Canada’s target rate of 2%.

Daniel Finkelberg, a mortgage agent with DLC Clear Trust Mortgage Inc., expects further increases to variable rates, which are heavily influenced by central bank rates, before the end of the year.

With an unpredictable housing market over the last six months, Finkelberg said the market slowdown has been somewhat uneven. With drops in sales and prices registering more pronounced in specific areas more than others.

“The correlation in the real estate market is an interesting one because you find tertiary markets that are dropping significantly more than certain pockets in the city,” he said. “And I think that’s natural that certain areas are not going to correct to the degree that people think they’re going to correct, because there’s still a ton of demand and not a lot of supply.

Interest Rates – Is it time to lock in?

For some mortgage holders, changes in rates may mean locking into fixed rates to avoid uncertainty surrounding the future of variable rates.

According to Finkelberg locking into a fixed rate depends on several factors, including the remaining term and length of the new one.

“I don’t know if it makes sense to take a five-year fixed during uncertain economic times because it’s a decision that you’re going to have to live with well beyond any economic correction,” he said.

It is good to note that potential Interest Rate Differential (IRD) penalty associated with fixed-rate mortgages means that existing fixed-rate borrowers who may wish to take advantage of a variable rate when the Bank of Canada begins to slash rates in the coming years could be faced with a stiff charge for doing so.

“For you to take a five-year fixed with a potential IRD penalty today may not make as much sense as to take a two or three year fixed if you’re somebody that’s risk averse, and [wants] to really understand and let the market correct over the next two to three years,” Finkelberg explains.

With some lenders there is an option to choose a variable-rate mortgage with a fixed payment.

“A five-year variable allows you the opportunity to lock in,” he said, “as well as giving you some of that comfort over the next two to three years as the market is correcting.”