A painful reset in Canada’s real estate market is now a reality with the ongoing Rate hike by the Bank of Canada.  The 75 basis points increase on September 07th, plus potentially two more before the year is over, will have serious repercussions. 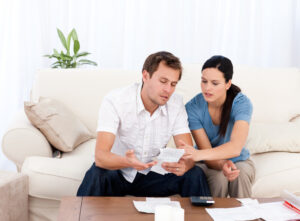 Major Canadian banks were swift to follow the lead of the Bank of Canada and match its percentage increase by raising their Prime lending rate by 75 basis points to 5.45%.

This of course means that Canadians with Variable rate mortgages and Home Equity Lines of Credit (HELOC), would have seen their rates rise accordingly by 0.75%.

This rate hike has created an unusual situation where variable mortgage rates and fixed mortgage rates in Canada, are almost equal.  This has some Variable-rate mortgage holders thinking about the upside of locking in a fixed rate.  But the peace-of-mind that comes with a steady rate, has trade-offs that homeowners should be aware of, before they opt to convert.

Variable rate mortgages with adjustable payments, see monthly mortgage costs rise in step with the central bank’s rate hikes, while homeowners with fixed mortgages only feel the pain of higher interest rates when they renew at the end of their term.

The Bank of Canada’s policy rate has been rising 300 basis points since the start of 2022!

Variable rate mortgages exploded in popularity during the COVID-19 pandemic as rock-bottom central bank rates made borrowing cheap and housing more accessible.  But as interest rates climbed through 2022, the ‘spread’ between variable and fixed rates has narrowed considerably.

Some economists in Canada are expecting the central bank’s rate hike cycle to take the benchmark interest rate to 4% by the end of the year, another 75 basis points.

Canadians now have to decide whether to ‘hedge the risk’ by locking in the slightly higher rate today, in expectation that the bank will raise rates higher than the current spread. No one knows what the future rates will be though.

Does converting fit your life plans?

The difference and predictability of monthly payments isn’t the only factor to think about when converting a variable-rate to a fixed mortgage.

Homeowners should consider whether, in the next one to five years, they anticipate major life developments that might lead to a mortgage change; having kids and getting a bigger home, moving cities, or refinancing for a major renovation are all common examples.

Variable-rate mortgages all come with a penalty equal to three month’s interest, while their fixed counterparts can have higher fees tied to the differential between the contract rate and today’s interest rates.

While it’s common to worry about the pain of higher interest rates during an upward swing, it’s also important to remember that rates rise and fall in cycles and lower rates will return.

Locking in could provide peace of mind today, but might bring a fear of missing out, when inflation is back under control and the Bank of Canada eventually lowers rates.

For those who do choose to lock in a fixed rate, a one-, two-or even three-year term could let you ‘ride out the storm‘ and find a mortgage that better fits your financial situation once the current rate hike cycle is finish.

Another option for Variable rate owners, is do be doing accelerated payments on your mortgage as though you were already paying that higher rate. In other words, pay your variable-rate like you already converted to a fixed rate.

Advanced mortgage payments always  go directly to the principal, not the interest.  And in this scenario, if rates do rise to the point where you’d be paying as much on your variable-rate as you would if you had converted to fixed, you’re already budgeting for the higher amount while keeping the flexibility of the variable mortgage.

Then if that Prime rate increases again, it’s basically not going to have any impact on you, because you’ve been paying a higher amount to begin with.  This is just one way to mitigate a little bit of risk.