Central banks around the world have been making headlines by rapidly increasing interest rates to get inflation under control. 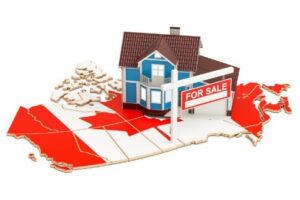 Click to see the current mortgage rates that are offered.

The Importance of a strong financial system

High inflation is something we haven’t seen in Canada in more than three decades, which means many are experiencing it – and the stress that comes with it – for the first time.

As part of the BoC’s (Bank of Canada) mandate they have the responsibility to monitor the soundness and stability of the country’s financial system.  Financial system stability, like price stability, is crucial to the health of the economy.  Low, stable and predictable inflation contributes to sustained economic growth and prosperity.  A weak financial system, on the other hand, can amplify or spread shocks throughout the system.

The Bank’s approach to monitoring financial stability takes a broad view.  Canada’s financial system is made up of a complex network of institutions, including banks and credit unions, pension funds and other asset managers.

The BoC monitor the financial system for risks and vulnerabilities.  Vulnerabilities are weaknesses that often build over time and can make the system more susceptible to stress.  They exist in almost any system.  And, on their own, they may not lead to financials tress or instability.  For that to occur you generally need a trigger – an event, or shock – whose impact can be amplified by the presence of vulnerabilities.

It’s the combination of these two things that can lead to periods of financial instability or, in extreme cases, a financial crisis.

Let’s look at two vulnerabilities – household debt and housing – and their relationship to financial stability.

Higher house prices meant Canadians were taking on more debt to buy homes.  And as prices continued to rise quickly, some Canadians saw housing as an investment opportunity as well as a source of shelter and took on additional debt to invest in housing.

Low interest rates that supported the economy through the pandemic also helped fuel high house prices by reducing carrying costs.  Over the course of less than two years, house prices went up by more than 50% in most markets.  And housing activity – the number of houses being bought and sold – was about 30% higher than pre-pandemic levels.

This spring, as we emerged from pandemic restrictions and monetary policy began to tighten rapidly in response to high inflation, the housing market started to react.  This was to be expected.  The level of price increases and sales activity were both unsustainably high.  And because most people borrow to buy a house, housing is one area of the economy that is the fastest to react to tighter monetary policy.

Higher interest rates are starting to work to slow the economy and tame inflation.  But we have a long way to go to get inflation back to target, but there are some early signs that monetary policy is working.  Unfortunately, this adjustment is not without some pain.

What this means for Canadians

One group of Canadians who will be finding this adjustment painful, are those who recently purchased a home, potentially stretching their budget to do so, and who chose a variable-rate mortgage.

Mortgage costs for these Canadians, have already increased, and they will  likely increase for others in time, making home ownership more expensive.

House prices are coming down – albeit modestly so far – relative to their recent increase.  We need lower house prices to restore balance to Canada’s housing market and make home ownership more affordable for more Canadians, but lower house prices may add stress for those people who purchased recently.  They will have reduced equity, and this may limit their options to refinance.

In this environment, the Bank of Canada is making two important contributions.

First, they will continue to monitor the impacts of higher interest rates on Canadians and on financial system stability and second, they are aiming to get inflation back to target.

They confirmed that it will take time to get back to solid growth with low inflation, but they aim to get there.  By working through this difficult phase, they will get back to price stability with sustained economic growth, which will benefit everyone.