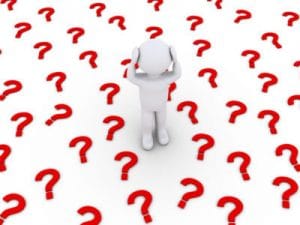 Recently, Stephen Poloz the Governor of the Bank of Canada, stated that he felt the country’s mortgage market needs to evolve to give Canadians more choice while lowering the level of risk in the system.

“We do not have a single housing market in Canada, rather, we have several regional markets,” he said.  “Given how different the various regional housing markets can be, it is worth looking to see whether Canada’s mortgage market could become more flexible, giving people more choices and increasing the economy’s ability to adjust.”

He felt that lenders and mortgage brokers, were not being creative in  promoting mortgages for periods of longer than 5 years.  The longer the term the less risk there is, and people will be able to qualify for a renewal better after 10 years than after only 5 years.

A longer term means homeowners face the risk of renewing at a high rate less often, than every 5 years, but a longer term will come with a higher interest rate from the get-go.  More equity is built up by the homeowner between renewals as well.  The longer the original mortgage term, the less relevant a mortgage interest rate stress test becomes.

So why don’t more borrowers look a the ten-year fixed rate?

The ten-year fixed rate is appealing to first-time buyers when they first start looking for a property.  But once they actually buy and the realities (and costs) of home ownership set in, those same borrowers opt for the cheaper five-year fixed rate 99% of the time.

Looking at these reasons, we don’t think we will see his wish for a twenty-five or thirty-year fixed-term mortgage coming to Canada any time soon, but if he’s settle for a substantial increase in the number of borrowers opting for the ten-year fixed-rate, he can help make that happen by simply call the Minister of Finance, Bill Morneau, and encourage him to drop the stress test for borrowers who apply for a ten-year fixed rate.