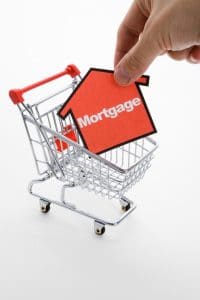 Our commitment, as knowledgeable mortgage brokers, are to find the right mortgage for you, so that you can achieve your financial goals in this volatile economic times.  We will keep you informed of all the important mortgage and reality market updates.

The Bank of Canada (BoC) left it’s policy rate unchanged last Wednesday as was expected by many.  Stephen Poloz, the governor, and his deputies on the Governing Council expected slower global economic growth, but the slowdown has been “more pronounced and widespread” than forecast in January, the central bank said in its latest policy statement.  They assumed Canada’s economy would stumble, but the fall in the fourth quarter was “sharper and more broadly based” than they predicted.

Global economic momentum is slowing:  The global economy has slowed more than expected and central banks in many countries, including the US, have moved to the sidelines.  Market interest rates have already dropped reflecting this reality.

The economic slowdown has been sharper than expected:  The Bank had forecast weak exports and investment in the energy sector and a decline in consumer spending in the oil-producing provinces in the January monetary Policy Report.

Housing and consumption have slowed, and business investment and exports haven’t picked up the slack as the BoC had hoped.  Consumer spending, especially for durable goods and the housing market were soft despite strong job growth. Housing was impacted by painful but necessary mortgage rule changes, that were put in place by provincial and municipal governments to “curb” speculative activity and by a steady rise in average mortgage rates from 2.7% in mid-2017 to 3.7% by the end of 2018.

Inflation expectations have been lowered:  The BoC continues to expect that lower oil prices will put downward pressure on inflation in 2019.   Our economy has been relying on massive increases in consumer and household debt to fuel its growth over the past decade.  And since debt brings future demand forward into the present, when an economy accumulates a lot of debt, it does so at the expense of a lot of future demand, but it will take time.  The BoC acknowledge this when they stated, “it will take time to gauge the persistence of below-potential growth and the implications of the inflation outlook”.

Uncertainty is increasing: The Canadian trade gap hit a record high in December, reported earlier this week, almost entirely due to the collapse in crude oil prices.  It was a fifth straight monthly decline in Canadian exports.  Also the US tariffs on steel and aluminium exports, continue to weigh on the economy.

The next BoC meeting is in April.  Thus far, the Bank is only willing to concede that it now has “increased uncertainty about the timing of future rate increases”, which suggests that it still expects its next move to be a hike, but the overall feeling among financial experts, is that the Bank is unlikely to hike interest rates again this year.

If you need assistance with your mortgage needs, don’t hesitate to contact us.